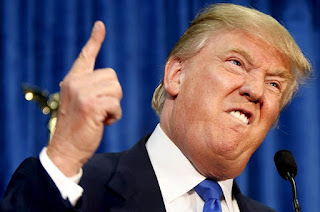 The following is never going to happen...but it should.

I was struck by the juxtaposition of two news stories today. The first was the story of the indictment against Paul Manafort for what was termed a “conspiracy against the United States.” The second was a story that Donald Trump’s approval rating as President had dropped yet again, this time to 38%, a Nixonian level and an apt one: it was the nation’s 37th President who was the last one to conspire so brazenly for his own benefit against the greater good of the country. The difference between Trump and Nixon, though, is simple: while Nixon conspired against some of his fellow Americans, Trump conspired against all of us, if the allegations against Manafort and others yet to come are proved. It’s as simple and blunt as this: he committed treason, using a foreign power to steal the Presidency of the United States.


Richard Nixon was forced to resign his office in order to avoid impeachment for his crimes. As the nation’s reaction to his pardon by Gerald Ford showed, though, this did not seem quite enough to Americans at the time: we wanted him to pay even more dearly for despoiling the greatest office on earth. Ford’s pardon robbed us of our chance to see him on trial, to hear more of the truth, and Ford paid dearly for that, being denied an elected Presidency of his own.


What, then, would be the current outcome of this horrific mess, should it all play out as it well may, with indictments following indictments, with verdicts that prove that collusion with our enemy did in fact occur and that Trump’s campaign knew about it, with the possibility of an indictment against the President himself? We know our timid, self-aggrandizing Republican Congress, too happy with their current majority status, will do nothing about him, so that role goes to the courts, but what then? It would be an unprecedented situation in the history of this country: an election that was stolen by foreign conspiracy, by treason. There is, quite simply, no Constitutional remedy for it. Every single part of Trump’s White House is tainted by connection to him since none of them would be there had he not done what he did; thus, ordinary Constitutional law does not apply. This was, in all reality, a coup. It calls for something extra-Constitutional.


Proof of conspiracy would call not only for the removal of Donald Trump but the negation of the entire 2016 Presidential election. Period. There can be no halfway solution to this terrifying situation: if a person or party is allowed to steal an election and then be forced out of office, leaving his entire cabinet and platform intact, the coup still remains in effect. No: the situation is unprecedented. As in South Korea last year, when its president was indicted and forced out of office, a new election must take place as soon as possible. Until then, the result of 2016 must be negated completely. All Trump appointees must be removed from office, up to and including Justice Neil Gorsuch, as they are all, in legal terms, fruits of the poisoned tree. It all must be replayed.


Until it is, though, we will need a President. And the Constitution does come into play for that. Paul Ryan, as Speaker of the House, is next in line for the office after the White House is returned to mainstream America. A new election could likely be held within several months, and Ryan is certainly capable of holding things together for that amount of time without creating any new crisis. The election couldn’t be done in the same way we usually hold them, with endless primaries and conventions, etc. But why does it need to? Let it be done in the style other countries use: candidates can throw their names into the ring, have six weeks to campaign followed by a debate and an election, followed by a run-off between the top vote-getters. It’s not rocket science; we make it way too complicated (which is why we make it so expensive).


This solution may seem absurd. But once again I point out: a coup of the highest office of the United States of America may have occurred. If so, surely there is no potential solution that should be dismissed as absurd. And one that wipes out the coup entirely and then relies on the American democratic system to replace it, I would argue, is not absurd at all; it is elegant. Within months, we would be up and running again, all of this behind us except whatever trials remain.