Can a Trumpocalyptical Meltdown Lead to an Election Do-Over? 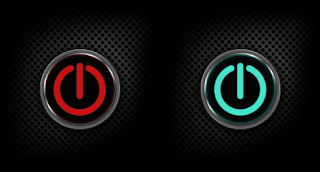 The simplest answer to my title question ought to be “No.”
Of course not. There is no provision in the Constitution for re-doing a Presidential election. When it’s done, it’s done. And there is no doubt whatsoever that the 2016 election is done. Thank whichever Powers That Be that you believe in. No matter what your views may be about the Electoral College v. the Popular Vote, we all know which one counted more in the minds of the Founding Fathers, and that one made Donald Trump the 45th President. Done. Over. Fini. Stick a fork in it.
But...
We are living in weird, “unpresidented” times. They began with the simple fact that the mechanism by which Alexander Hamilton meant to prevent a populist autocratic despot from entering the White House has somehow put one there. Strange. But November 8 proved to be the beginning of the strangeness, not the end. Since then, of course, we have all had ringside seats to the nearly daily news blasts that have revealed, among other things, that
And that is merely the tip of just one iceberg in what seems to be a sea of them, a huge glacial mountainside that has collapsed into the Washington ocean and broken up into great floating fragments of scandal. Trump’s White House is, less than a month after his inauguration, awash in them. One of the most notable, of course, is the constant and obvious use of his position for personal profit. He is charging the government a fortune to cover rent for his wife’s security in Trump Tower, and now he wants to add a floor or two for the Defense Department. A member of his campaign signed off on a deal in December with the Russian oil company Rosneft for many millions that go to...someone. Just who is hard to tell because the actual money goes to some shell companies. But it doesn’t take a lot of deep thought to guess who might own those shell companies, especially when there is evidence that suggests collusion...


Just this weekend he added another scandal when he brought Japanese Prime Minister Shinzo Abe to his “Winter White House” at his Mar-a-Lago resort in Florida. At a lavish dinner in one of the resort’s public dining areas—Trump loves a spectacle—the President received a secure message that North Korea had launched a ballistic missile. Instead of leaving and dealing with this national security matter in private, as he should have, though, Trump proceeded to have his staff bring him charts and computers and other information so he could handle it right at the table, while guests provided extra light with their cell phones. (Remember this was in public view. Also remember the bitching and moaning that Trump did for months about Hillary Clinton and her “insecure” email server. BTW Trump is also using a private email server.)
Donald Trump is a national disaster waiting to happen. Or maybe, with one of the many scandals already simmering, it’s already happened and we’re just not aware of the full extent. Whatever, it doesn’t take a seasoned prognosticator to imagine this President not serving out his full term. Bets were being taken before he was ever sworn in. According to the Constitution, that would leave his Vice President, Mike Pence, in charge. Easy peasy.
But that is exactly what I’m wondering about: is it so easy?
As I said at the outset, we are living in unprecedented times. The framers of the Constitution could not have foreseen—clearly did not foresee—this moment in American history. (That much, as noted, can be ascertained by Trump’s ascendency using the very device that was designed to keep him out.) So bear with me a moment as I go on a little thought journey:
Imagine with me that Trump’s Russia scandal continues to grow. (With the New York Times and Washington Post both determined to get to the bottom of it, plus the US intelligence communities all more eager to help due to their treatment by Trump, that seems not only possible but likely.) Imagine that, as it grows, we discover so much about it that even the GOP no longer can ignore it. In fact, it becomes such a conspiracy, clearly implicating some of them, that normal congressional exploration or even impeachment proceedings are not enough. The Democrats call for, and are granted, a Special Prosecutor.
We have not had one of these appointed in a long time, so let me remind you: they have awesome powers, and I use the literal meaning of the word there. They can subpoena anyone and charge anyone with anything.
Now imagine further that the Prosecutor’s investigation shows that, during the 2016 election campaign, Trump knowingly colluded with the Russians to steal the election. This is more than simply an impeachable or even a treasonous offense. This goes to the heart and integrity of the American electoral process itself. What possible remediation could be made?
Making Pence President continues to reward the theft. There is no Constitutional remedy for this. Hence we would need to find or create an extra-Constitutional one. And there are only two reasonable possible solutions:
Staging it again might not be as impossible as it sounds. For one thing, we don’t *need* a two-year run-up to a Presidential election; most countries manage to get by with a whole lot less. For another, our current system of primaries is not sacrosanct: we have invented it and honed it over time; it didn’t even really exist at all until about fifty years ago. A single national primary day could easily handle it all, with a run-off day scheduled if needed. And finally, the work of a Special Prosecutor is a thorough thing. It requires time. Assuming one might be appointed, say, this spring, his/her work wouldn’t likely be completed for at least a year. Tacking a Presidential election onto already scheduled Congressional/Senatorial elections in 2018 would not be particularly hard.

Even if, as the result of an impeachment, Pence becomes President, a Special Prosecutor should still be appointed. Once that happens, floodgates will open. Where they lead us we cannot know. But one thing is certain: it will be unprecedented. Or maybe “unpresidented.”

Posted by Unknown at 3:12 PM No comments:

Apparently there is a huge new controversy about a TV show debuting in a couple of months on Netflix, a show based on the 2014 indie film "Dear White People."

Now I saw the movie and am looking forward to the TV series (though I'm not so sure it will be as effective without Tessa Thompson in the lead: she had the perfect comic snarkiness for the role). Frankly, I loved the movie. It was very funny and at the same time a pretty important values lesson. It's not a "comfortable" movie; it's not supposed to be. It's about racism in America in what was alleged to be a "post-racial" era (2014, during Obama's Presidency). The main character, the ironically named Sam White, has a radio show on the college station during which she makes such pronouncements as "Dear white people, this just in: Dating a black person to piss off your parents is a form of racism." Her comments are generally humorous but always within her snark there is an element of anger: why at this time in history do I still need to tell you people this stuff?

In the trailer for the TV show, Sam calls out frat partiers dressing in blackface, which were the actual events that stimulated the movie in the first place. In this Trumpian era, when the KKK and neo-Nazis have somehow been elevated into the mainstream, when we can already see civil rights being rolled back for immigrants and LGBT+ people by Presidential fiat, when our nation's public schools are now under the control of someone whose goal is to make them more Godly (sounds great for minority students who don't fit within the fundamentalist Christian mainstream, doesn't it?), when we've followed the most diverse cabinet ever with the least diverse one in several Presidencies, when the majority of white America truly does not understand why a movement like BLM is needed and thinks it is some kind of domestic terrorist thing...when it is 2017 and we are seemingly more divided into a "white America" and a "black America" than we've been in decades...my God, why would we NOT need a show like this?

Just look at the response from the right to the show's very existence: there is actually a movement to #boycottNetflix because of it! Because of a paid streaming network's television program, one that most of the country doesn't even have access to and those with access may never have even known about, let alone watched. (Now, of course, with the controversy, the right ironically has guaranteed better ratings for the show.) All of which leads to the simple and obvious question: WHY? What causes such an emotional and outsized response? What is the right afraid of? If the show's depiction of white people is so incredibly wrong, it should sink under its own misinformed weight, shouldn't it? Or are they afraid that the show is actually revealing an ugly truth that they'd really just rather not talk about?

You know what? We need to talk about this truth. We need to talk about why race relations in this country are so totally screwed up. We need to talk about why, the second a black man was elected President, it so freaked out the white establishment that they decided to abandon any pretense of governing and make limiting him to a single term their one and only agenda. Not only that, but a significant part of the country joined them in feeling this way. Why? For all the "post-racial" talk, we quickly learned that what we actually had was a country in which racism simmered just below the surface and had, perhaps for decades, been waiting for something to cause it to boil over. Well, it's boiling over, people. And if a satire like "Dear White People" can help us to examine it, GOOD! Because something definitely needs to help us. We don't seem to be doing it on our own.

Posted by Unknown at 3:26 PM No comments: